← more from
Empty Cellar Records
Get fresh music recommendations delivered to your inbox every Friday. 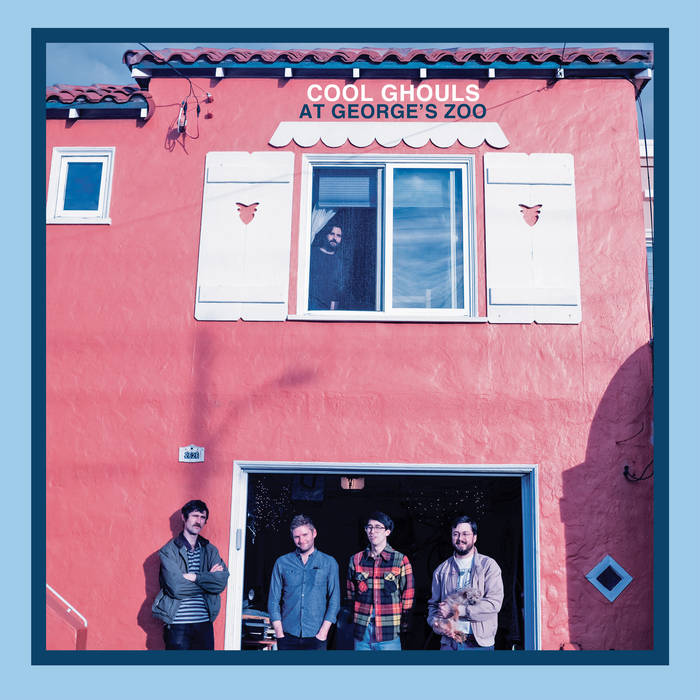 Killer McHann Really enjoying this album but the record came with a vicious scratch on side A between Land Song and my favorite track on the album - In Michoacan. An unfortunate manufacturing defect by RTI. Favorite track: Land Song.

Get Shown The Light

Kick Out The Jams Joe

Cool Ghouls - a band fledged in San Francisco on house shows, minimum wage jobs, BBQ's in Golden Gate Park and the romance of a city’s psychedelic history turns 10 this year. What better a decennial celebration than the release of their fourth album, At George's Zoo!

How did San Francisco's fab four arrive at George's Zoo? The teenage friendship of complimentary spirits Pat McDonald (Guitar/Vox) and Pat Thomas (Bass/Vox) serves as square one. The Patricks were munching on Eggo-waffle-sandwiches and downing warm Taaka in suburban Benicia years before McDonald would hear George Clinton address his fans as "Cool Ghouls". The boys played their debut gig as Cool Ghouls at San Francisco's legendary The Stud in 2011, but there's no doubt the musical moment cementing the band's trajectory was much earlier at the 18th birthday party for boy-wonder Ryan Wong (Guitar/Vox) - at the Wong household.

You might remember the Ghouls' earliest days... McDonald’s hair hung luxuriously past his waist, Thomas dreamt of no longer having to crash on friends' couches to call SF home and Wong looked forward to turning 21. Cool Ghouls' Pete Best, Cody Voorhees, thrashed wildly - but briefly - on the drums and Alex Fleshman (Drums), who still claims he's not really "a drummer", turned out to be a really good drummer. Thomas would sleep pee on tour. Those were golden days!

Flash forward to today and everything is up in flames. No shows, parties or bars. Cool people are streaming out of SF. It's been 2 years since the last time Cool Ghouls have even played. The STUD is gone, The Eagle Tavern is for sale and The Hemlock has been demolished for condos. Your boss is an app. Fascism is no-knocking down the door. There's a pandemic.

Fortunately for us, the ghouls got an album in before it all went to shit, and they made it count. At George's Zoo includes 15 of the 27 tunes they managed to eke out while simultaneously working through major life moves. It was a 5-month, all out, final sprint down the homestretch (to Ryan's moving day) with affable engineer Robby Joseph, at his makeshift garage studio in the Outer Sunset (pictured on the cover). Instead of recording the entire album over a few consecutive days - like they'd done with Tim Cohen, Sonny Smith and Kelley Stoltz for the first three LPs - the band took it slow by working through a few songs each weekend after rehearsing them the week before. Robby would cue up the tape, McDonald would throw some steaks on the grill and they'd get to work - much to the neighbor, George's, chagrin.

These guys have a real commitment to elevating as songwriters, musicians and ensemble players. It's always been for the music with Cool Ghouls and this long-awaited self-produced outing is a track by track display of the ground they've covered and heights they can achieve. Their vocals and trademark harmonies are front and center and out-of-control-good. Ryan's guitar solos are incredible. The horns by Danny Brown (sax) and Andrew Stephens (trumpet) hit in all the right places. Maestro, Henry Baker (Pat Thomas Band / Tino Drima), plays keys throughout. There's even a mesmerizing string section ("Land Song") by sonic polyglot, Dylan Edrich.

None of this growth is to the detriment of the fun, natural, feeling that fans have come to expect from the band. This is a fully realized Cool Ghouls album. It paints a remarkable portrait of SF's homegrown heroes and the many corners they've explored over the last decade. The songwriting, harmony and playing are nothing if not solid. The lyrics are keen. Robby's recording and mixing sound great start to finish and even better after mastering by Mikey Young. It's a triumphant addition to their catalogue. Recommended for Stooges and Beach Boys fans alike. Listen and see!

Yes, many things have changed since 2011. Who knows what the 20's will have in store for life on Earth, let alone the Cool Ghouls? We at least know that 2021 has At George's Zoo for us, a beautiful keepsake from the Before Times when we used to stand in living rooms together while bands played.

Bandcamp Daily  your guide to the world of Bandcamp

The Hammer and The Relentless from the Boston band Malleus stop by for a chat.